In the canvases of the suspended atmospheres series, light stands as the protagonist of the entire production. A delicate and diaphanous color unfolds on the support with the disruptive force of abstraction. The light source declined in light blue, blue, gray and yellow-green shades puts reality in suspension, making figures free from temporal constraints emerge. The subjects who historian these surfaces, defined by a decisive and fascinating sign, live in a timeless and metaphysical dimension in which memory becomes the main  feeling 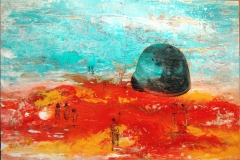 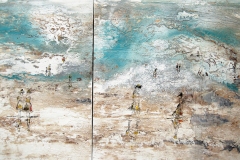 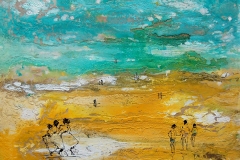 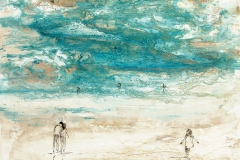 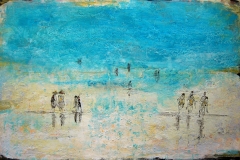 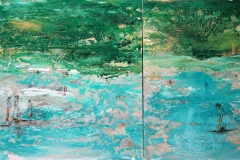 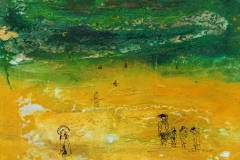 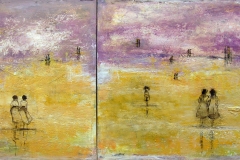 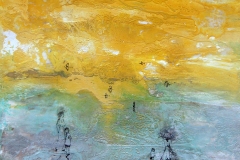 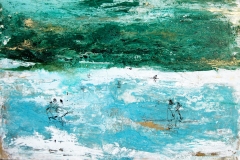 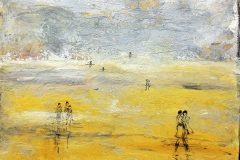 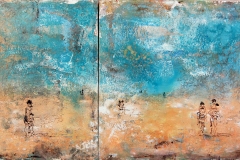 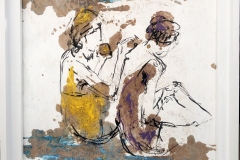 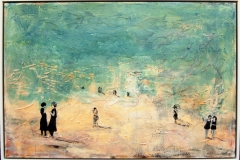 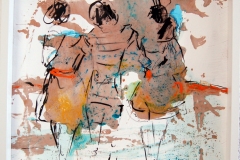 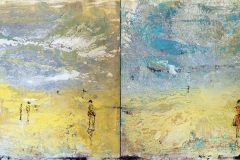 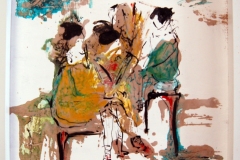 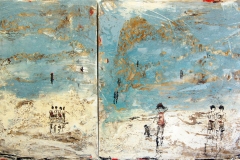 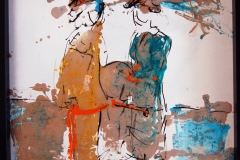 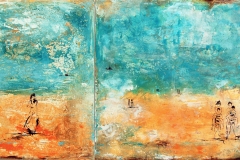 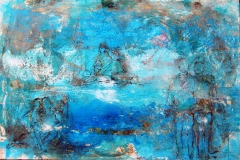 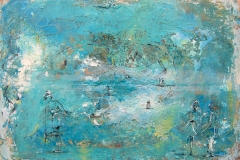 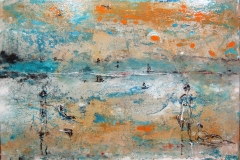 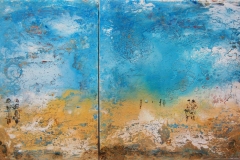