An artistic project that has as its inspiration the highest need of the human being: the thought of what exists “Beyond”. Here then are images with crystalline waters, glimpses of real life subtracted from everyday life and made magical, rarefied skies in which various objects hover, unreal passers-by, blurred images of angel-women as if they were the souls of things and people who now, elsewhere , could see the pain of others only as a small event that is lost in the immensity of the eternal. The works mix various languages ​​with a unitary approach: photography, digital processing and painting techniques on Plexiglas supports. To complete the project, while maintaining thematic and stylistic homogeneity, there is also a video and a series of light-boxes with some still images taken from the video itself. 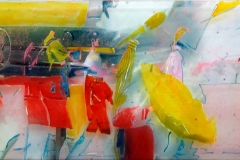 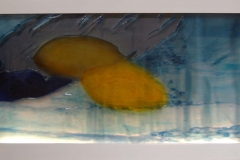 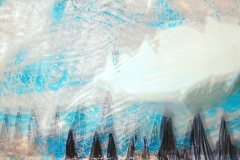 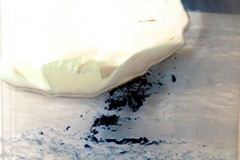 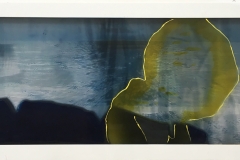 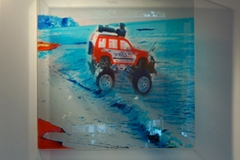 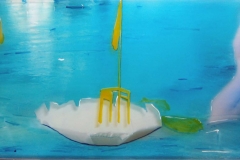 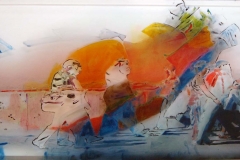 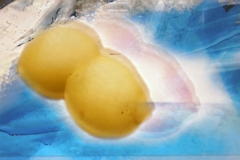 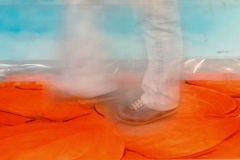 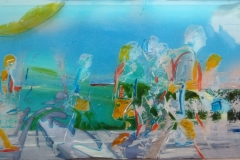 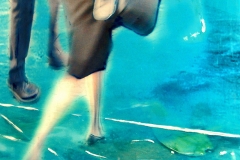